Of Dice and Men

Decades before social media, there was Dungeons & Dragons. Since the 70s the collaborative game has been the center of one of the original nerd subcultures. And while you may imagine that Paladins, Thieves and Clerics battling Orcs and Hobgoblins is a thing of the past, there are still millions of fans. Journalist David Ewalt is one of them. He's written a book that chronicles the history of D&D and Friday, he joins guest host Terry Gildea to talk about the influence of this popular (and widely misunderstood) game.

David Ewalt is a senior editor at Forbes, where he writes the blog Spacewar. His book is called "Of Dice and Men: The Story of Dungeons & Dragons and the People Who Play It." [ Amazon | Indiebound ] 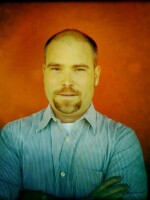