Utah is full of real stories and real characters that make this place unique. And it’s full of filmmakers ready to bring those stories to an audience. Are you one of them?

On Wednesday, June 10 at 7:00 p.m., Salt Lake Film Society and VideoWest are hosting an evening of short documentary films about Utah places or people, and we’re hoping you’ll add yours to the mix.

We’ll begin with a collection of films created in partnership with VideoWest, KUER’s online showcase of Utah shorts. We’ll follow it with an open-mic style screening … which means there are no pre-selections and no restrictions, except we’re asking for real stories about real people. 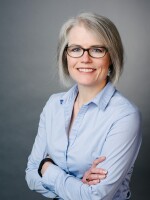