A group of Democratic legislators are introducing six new bills in an effort to help tackle Utah’s poor air quality.

The content of the proposed bills ranges from offering free passes for UTA Buses and TRAX trains to allowing the state to put in place stricter restrictions than the Environmental Protection Agency already requires. Representative Joel Briscoe is sponsoring the bill that would fund giving away free UTA passes. He says even with a tight budget this is something that should be attainable.

“This doesn’t have to be an ongoing appropriation," he says. "It’s amazing that we can always sweep the corners and find a few million dollars for things that are high priority. We would like to make this a very, very high priority.”

Republican Speaker of the House Becky Lockhart says that her party is also looking at sponsoring legislation that would help clean up the air, but that there isn’t any one simple answer.

“And so, what’s left are really complex kinds of tradeoffs, what’s the cost versus the benefit," she says. "We could do something very, very expensive but you have to think about the tradeoffs.”

The language for several of the bills has yet to be finalized but the Democratic representatives say they should be introduced into the House chamber very soon. 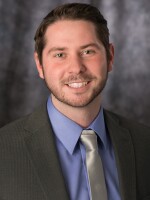 Brian Grimmett
Brian Grimmett is a former intern who worked his way onto the KUER staff. He is a graduate of Brigham Young University with a bachelor's degree in communications. As a student he helped produce and report for the University's daily news show, ElevenNEWS, and also served a year as the station's sports director. Brian developed a love for public radio when he interned at KUER, choosing to do so because it was the only broadcast related internship in Salt Lake City that offered compensation, and now says he couldn't imagine working anywhere else. Brian is originally from Arlington, Texas. When he isn't at KUER Brian enjoys spending time with his wife and and new son, taking pictures, and putting together short films and documentaries.
See stories by Brian Grimmett