KUER News
On Topic: Medical Marijuana
0000017c-db5f-dc30-a1fe-df5fc5090000RadioWest and KUER News have been covering the debate around medical marijuana in Utah. We've spoken with journalists and researchers as well as proponents and opponents to Utah's Proposition 2. Stay tuned for more conversations as you prepare to vote in November.

A group of liberal members of The Church of Jesus Christ of Latter-day Saints say the Church's stance on medical marijuana is alarmist and error-ridden.

The tone of the Mormon Church's opposition to a ballot measure that would legalize medical marijuana in Utah has been misleading and hyperbolic, said Christian Harrison, spokesperson for the group LDS Dems (short for Democrats).

"And that's disappointing," Harrison said. "LDS Dems frequently comes to the defense of the Church in progressive circles and it's very hard for us to do that when this is the sort of material they put forward."

Harrison pointed to a memo from a Salt Lake City law firm that was commissioned last spring by the Church. He said it's full of the same alarmist rhetoric that has dominated the conversation around the medical marijuana initiative, known as Proposition 2, including allusions to greater challenges for law enforcement and an increase in drug use among youth.

Last week, Mormon leaders took their approach a step further by publicly discouraging voters from supporting the proposition as it is currently written. In an official statement, the Church called on legislators to work with "medical experts, patients and community leaders to find a solution that will work for all Utahns."

Some have said the Mormon Church shouldn't be weighing in at all, but Harrison disagrees. He says the Church has a right to take a stance.

Harrison said Mormon leaders have done better in the past at making their positions fact-based and practical, a standard he'd like them to return to. 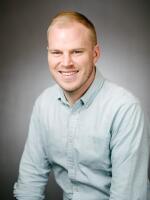 Lee Hale
Lee Hale began listening to KUER while he was teaching English at a Middle School in West Jordan (his one hour commute made for plenty of listening time). Inspired by what he heard he applied for the Kroc Fellowship at NPR headquarters in DC and to his surprise, he got it. Since then he has reported on topics ranging from TSA PreCheck to micro-apartments in overcrowded cities to the various ways zoo animals stay cool in the summer heat. But, his primary focus has always been education and he returns to Utah to cover the same schools he was teaching in not long ago. Lee is a graduate of Brigham Young University and is also fascinated with the way religion intersects with the culture and communities of the Beehive State. He hopes to tell stories that accurately reflect the beliefs that Utahns hold dear.
See stories by Lee Hale