Charles Cullen seemed like a great nurse to many of his hospital coworkers. He was well qualified and always eager to take an unwanted shift. What they didn’t know was that Cullen was less interested in saving lives than ending them. He became perhaps the most prolific serial killer in American history, killing as many as 300 patients. The journalist Charles Graeber has documented Cullen’s deadly career and how he managed to slip through the cracks of the world’s most trusted profession. He joins us Thursday to talk about it.

Charles Graeber has written for Wired, GQ, The New Yorker, Outside and the New York Times, among others. His new book is called The Good Nurse: A True Story of Medicine, Madness and Murder [Amazon|Indiebound]. 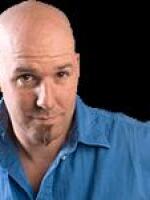 Matthew LaPlante
Matthew LaPlante is journalist, blogger and assistant professor of journalism at Utah State University. As national security reporter for The Salt Lake Tribune from 2005 to 2011, he covered military operations in Iraq, Kuwait, Germany and throughout the United States. Before arriving in Utah in 2004, LaPlante worked for The McMinnville News-Register in Oregon’s wine country, where he covered the local court system and sports. A native of California, LaPlante lives in Salt Lake City with his wife Heidi, a public school teacher, and their daughter, to whom he writes regular letters of love, advice and anxiety at DearSpike.com.
See stories by Matthew LaPlante